Getting together in the fall of 1994 due to their love for music and comic books, Grimlock was created in the image of vocalist John Cimino and bassist Matt Myrdal. Gathering up a few musicians from the scene, they put out their self-titled demo cassette “Grimlock” in early 1995 and quickly started making a name for themselves.

Catching the eye of Pin Drop Records, GRIMLOCK released the “Thirst for Immortality” 7″ in the fall of 1995. Touring the US and gaining a bigger following Pin Drop released their first full-length CD “Songs of Self” in 1997. With tracks such as “My Sins” (the worlds most intense break-up song) and the crowd favorite “24” (named after legendary NHL enforcer Bob Probert), their live shows became violent mosh pits and intense sing-a-longs that other bands became envious of.

With a few line-up changes and touring coast to coast with bands like Hatebreed, Shai Hulud, Aftershock, One King Down, Sick of it All, Overcast, Shadows Fall, Endeavor, 25 Ta Life, Sam Black Church, Holdstrong, Killswitch Engage, Ookla the Mok and others to support each release, GRIMLOCK’s equally energetic live show not only created a devoted following but also caught the attention of Life Sentence Records. With the release of 1998’s “Crusades of Reality” EP (produced by Adam Dutkiewicz of Killswitch Engage) they kept the brutality rolling with tracks like “I Offer No Pity” and “The Pain Game”. Again, a combination of heavy music with aggressive lyrics supplied their fanbase with more anthems of chaos.

But in the Summer of 1999, due to the constant financial struggles of touring and musical and personal differences, GRIMLOCK decided to take time away from the scene. With each member going their own way, it gave the band time to clear their heads and later regroup with a few changes. Although disbanded, demand for the band was still prevalent as Life Sentence released a split 7″ with the GRIMLOCK song “Lamentation” to help promote the band Rebirth.

With the encouragement of Life Sentence Records head honcho Dan Gump and the hounding of fans, Matt managed to convince John to come out of retirement and reunite again in 2002.

GRIMLOCK reformed with its best line-up ever with John, Matt and guitarists Jon Zera and Dan Reynolds, and drummer David Sroka. Releasing their best work ever with “Crusher” (including an album cover design by Mike D’ Antonio of Killswitch Engage and Overcast) in the Spring of 2003 and touring the US for one last time with Nientara and A Thousand Falling Skies. Remembered to this day for their intense live show and chaotic mosh pits, GRIMLOCK still remains an influence to up and coming hardcore bands today. So bring the pain because they can take it. 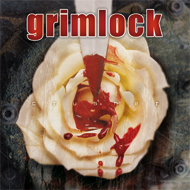 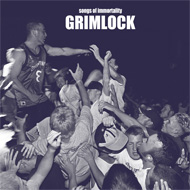