In 2006 they did with Alea Jacta Est an inauguration show for both bands and released their first and sold out demo called “Our Blood”.
Playing many shows around in France and in Europe like the famous Pressure Fest in Germany, FATASS decided to team up with their good friends of Alea Jacta Est for a split cd in 2008.
The band had to stop their activities in 2010 due to their life obligation !

In 2015, back on the map with a new drummer; pushed forward by life and overcome hardships , FATASS used to be heavier than ever.
The band is recording a special re-formation track “Fire on earth” for June 2016 that will be followed by a new EP for late 2016 on Knives Out Records.

2017 announcement of the new.
FATASS ’ve started working on their first full length “Death is Destiny” the natural continuation of “Past is Lost Forever” even more brutal, hateful, exposing a sad and negative vision of this fucking world , the pure definition of what heavy hardcore is, not a slam or beatdown fashioned modern bullshit, drawing inspiration from hardcore roots of the 2000s.

Sadly Vincent the original singer was forced to leave the band for personal reasons, he was replaced by Boris just in time for studio sessions. His voice add dirt and hatred to the tracks.

“Death is Destiny” is ready to ruin 2018 with 10 tracks of pure agression. Recorded at The Squirrel’s Kitchen by Antoine Gohin, mixed and master at Audiosiege by Derek Leisy and Brad Boatright ( Integrity, Ringworm, Nails, Twitching Tongues, King Of Clubz…)

Why FATASS ?
It does not seem serious and yet it is…The reflection of a sad look on this world where the man reigns as master and thinks only to swallow and destroy what surrounds him. This world is rotten by desire and money. We always want more and more.
What vision is sadder than seeing an obese person left on the sidelines of our beautiful society and subject to ridicule in a world where more than one in nine people suffer from hunger ?
This is the image that remains of this world, a fucking fat ass ready to swallow everything in its path leaving behind him famine and sadness well hidden behind an illusion of happiness. 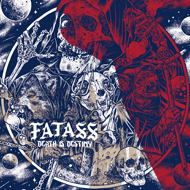 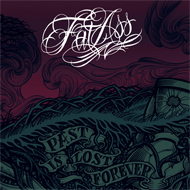 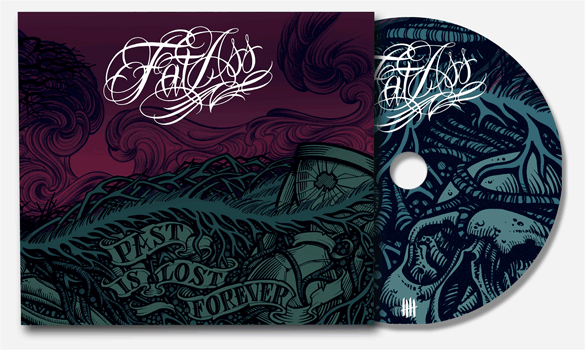 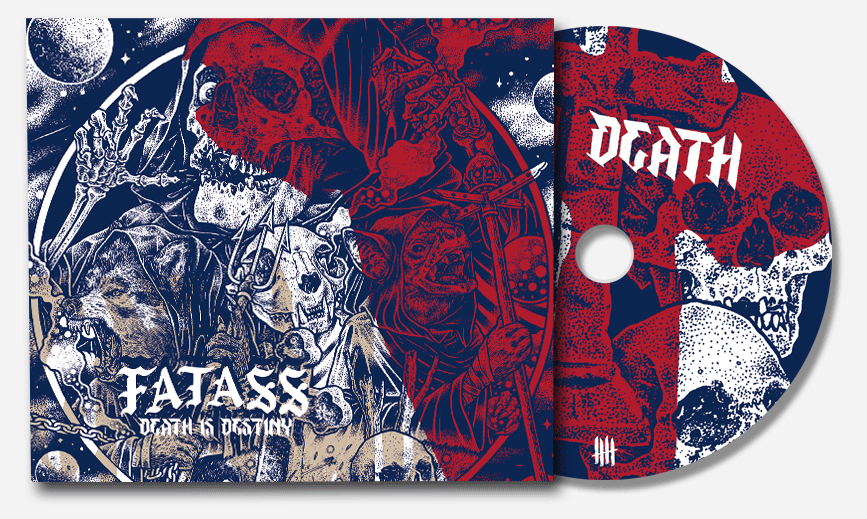 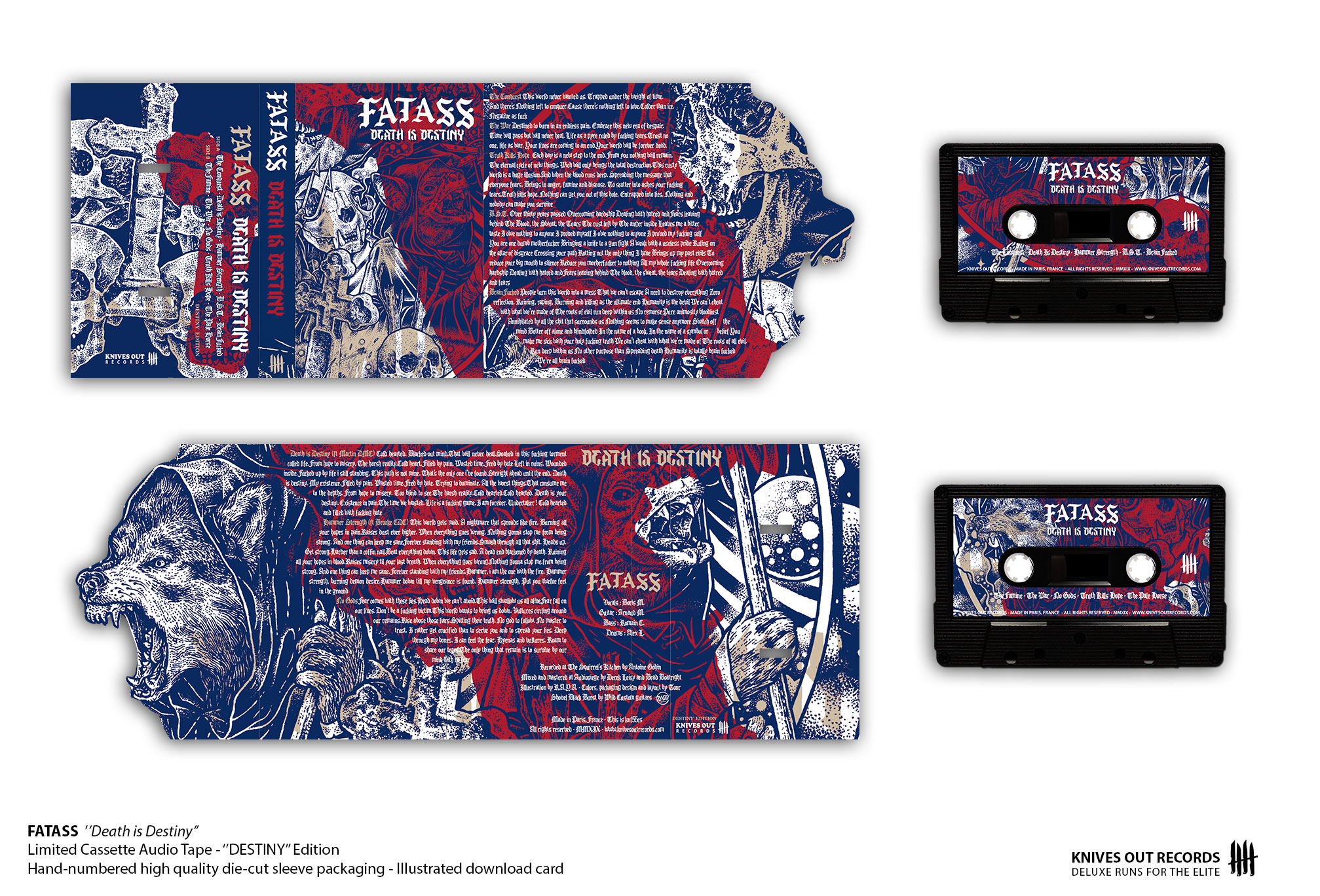 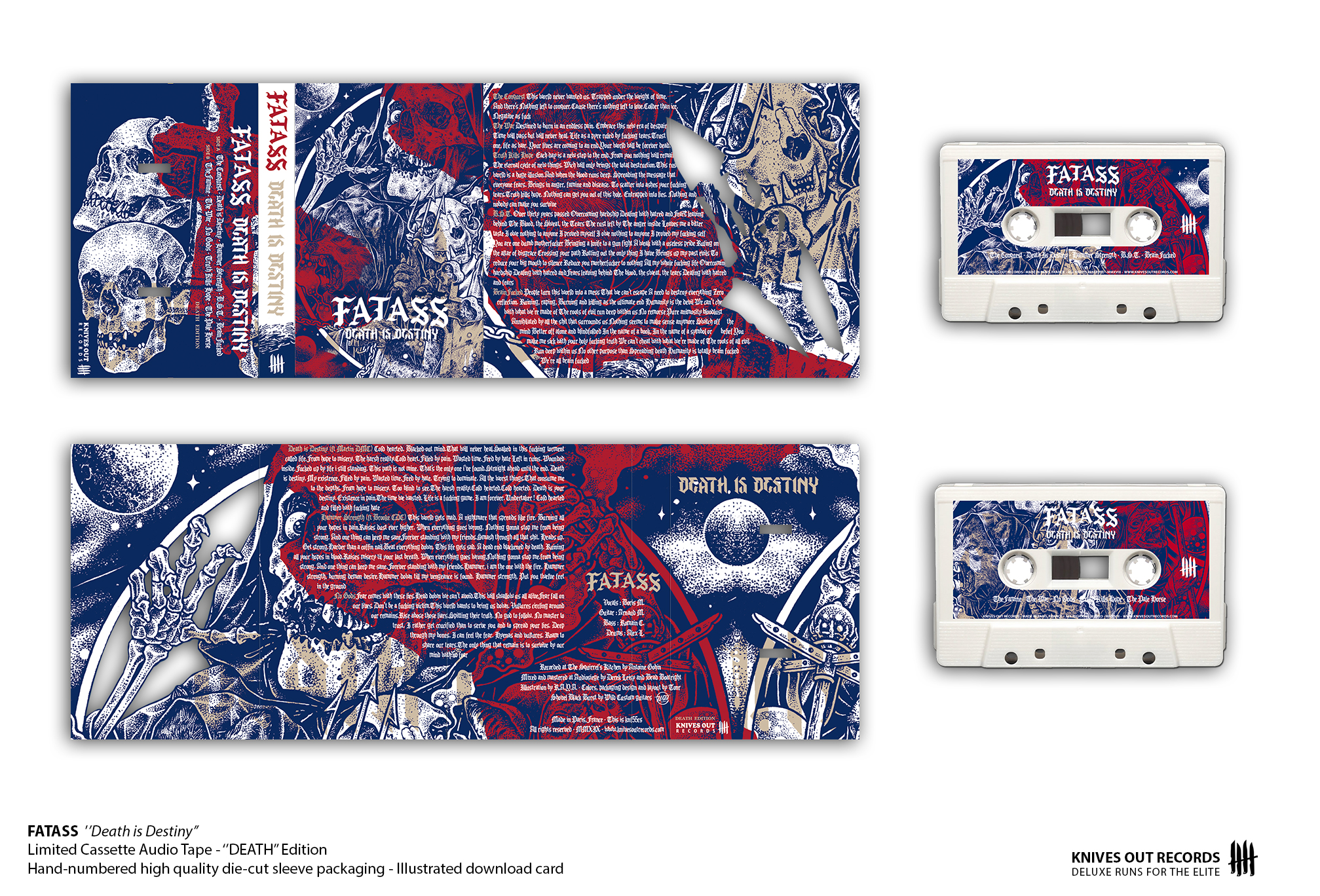