The Epoch of SPASM started at the beginning of winter month January in 2000. At that time the band was intended as a side-project of the hordes Psychopathia and Romantic Love, but everything completely changed. When Psychopathia (up to that time a regular and running band) was laid to rest, nothing prevented us from leading the band as a full featured group. Our aim was evident – we wanted to play extreme music with an extraordinary concept. The first line-up was formed with the help of another member of Psychopathia – Mira – guitar, but after a short engagement, the line – up slowly crystallized to the three – members’ band. At that point in time line – up was: Sam – bass grind inferno, Lukáš – drums and cymbals and Máňa- vocals. During the next year, SPASM composed and rehearsed songs for the debut demo CD – “ Spasmatic Secretion”, which was released in May 2001, but it wasn’t released nor spread among audience. Then SPASM made a progression, we tried to form our original style of playing (the band refuses using guitars) and participated in various actions and gigs. In 2004 Spasm experienced the turning point in its career – we recorded a promo CD for an eventual label release, what finally happened.

Copremesis prod. released the debut album of SPASM in May 2005. Later on, when ideal and conceptual disputes appeared, Máňa left the band and his post was taken by owner of the releasing label Copremesis- Radim (Copretina). So, the line – up was: Sam – bass guitar, Lukáš – drums and Radim – vocals. After releasing our debut album “Lust For Feculent Orgasm”, the band started playing in different fests and gigs, Obscene extreme 2006 was the most important performance in our career.
In next tree years our horde intensively played dozens of shows in Czech Republic, Poland, Slovakia, Germany and Austria, we participated in several compilations and we were hardly working on another CD. As a result of our effort, we met with growing warm reception of fans and with growing interest and popularity as well.
At the beginning of 2008 Spasm entered the studio to record new material for the second full – length CD. We succeed in realizing it, recorded a big amount of songs, so some of them were put on Split EP with our grinding Slovakian friends Mizar. This Split Ep was released by a friend of our band – Bohdan and his Rarach Katus rec. in March 2008.
In October 2008 another glorious period of our history was started, when our second CD called “Paraphilic Elegies“ was released on German label Rotten Roll Rex. after some major technical inconveniences. Firstly, we unobtrusively had a few shows supporting our actual release, but we decided to play intense and maximal shows all around for the next year 2009.
Between 2009 – 2010 the band participated in many gigs and festivals throughout Europe (Ukraine, Portugal, The Netherlands) and also in their homeland. Moreover, SPASM filmed their first music video. That was the time for preparing another CD as well.
In summer 2011 SPASM released the third full-lenght album “Taboo Tales” and the whole crazy carousel starts up again. In the same year SPASM shot another official video, which awarded amazing 4th place in Czech music survey Břitva in “Video of the year”.
The year of 2012 brings the first real European tour with friends Gutalax. We played 10 gigs in 10 days in 5 countries. The whole venue was really successful and also the new merchandise has been maximally promoting the band.
We appeared on great summer festivals – awesome Obscene Extreme and also Extreme Fest in Austria, Germany and Switzerland. Afterwards we played gigs in the Netherlands, Poland or Switzerland and Germany again. In 2013 we experienced playing in Russia for the first time and we took part in some great small Czech festivals like Antitrend Fest and also in famous Rape The Escape Fest in Austria.
January 2014 brought us the golden opportunity to play headlining and successful tour which took place in different parts of Mexico. In May we played twice in the Netherlands, two awesome fests like Grindhoven and the biggest European indoor extreme festival Neurotic Death Fest. March 2014 Luke decided to leave the band but promised us that he played all booked gigs. Sam and Radim looked around the scene and after great gig on Brutal Assault they found new drummer Rudy from Slovak republic. After that we fixed new drummer Sam and Rudy Worked on live play list and practise for gigs.
2015 after some rehealsals we entered the studio in April and recorded new CD called PUSSY –DE LUXE-
With the new concept of new cd helped us our old friend David and his girlfriend Romca.
They found for us pretty model girl Pavla and we made small photosession and we recorded new videoclip. Cd + LP and other merch were out in November under Rotten Roll Rex again.
This year we are hard working for promote our new album and spread our beauty bodies… 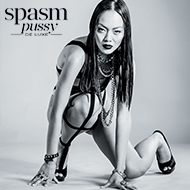 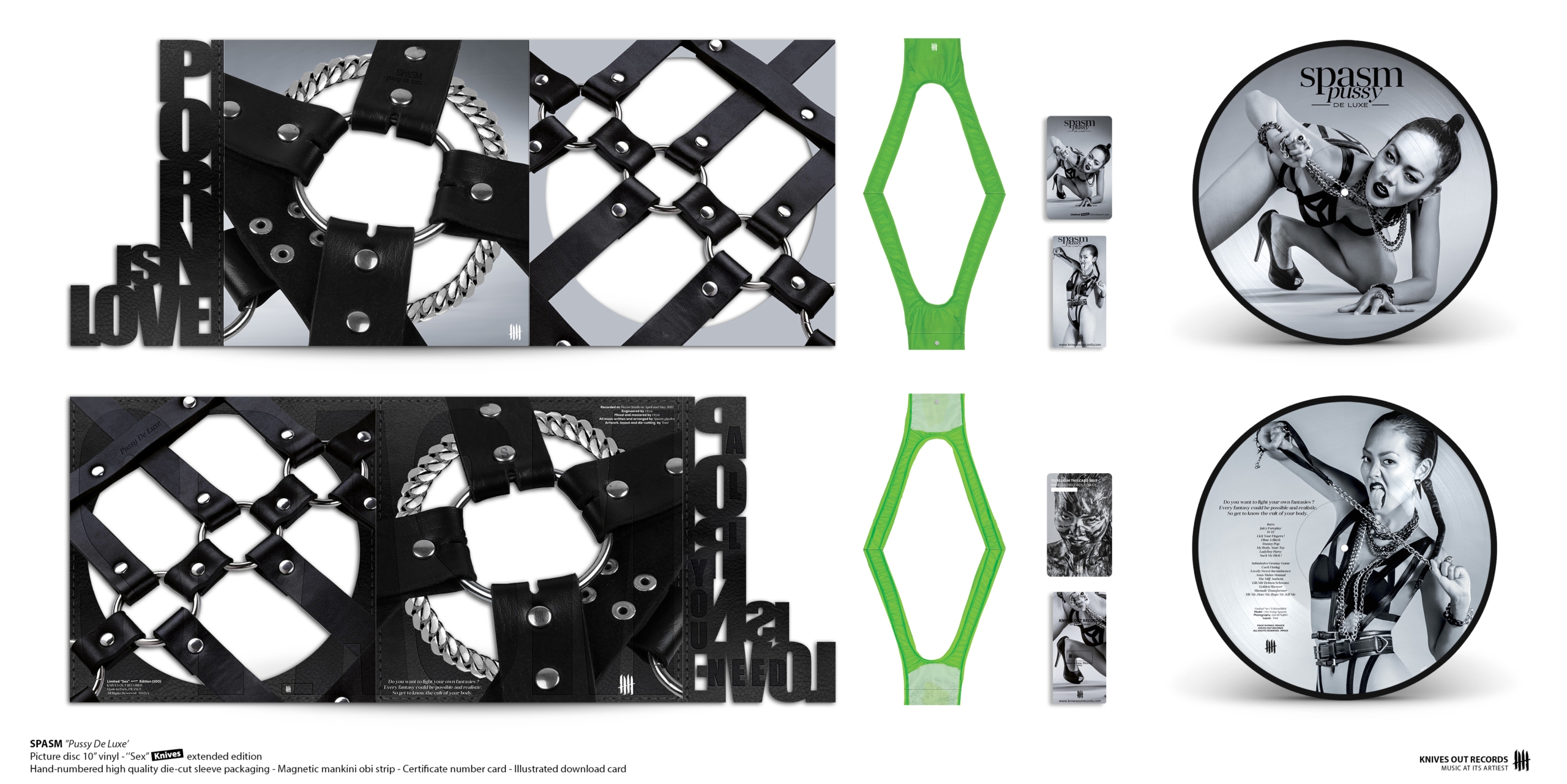 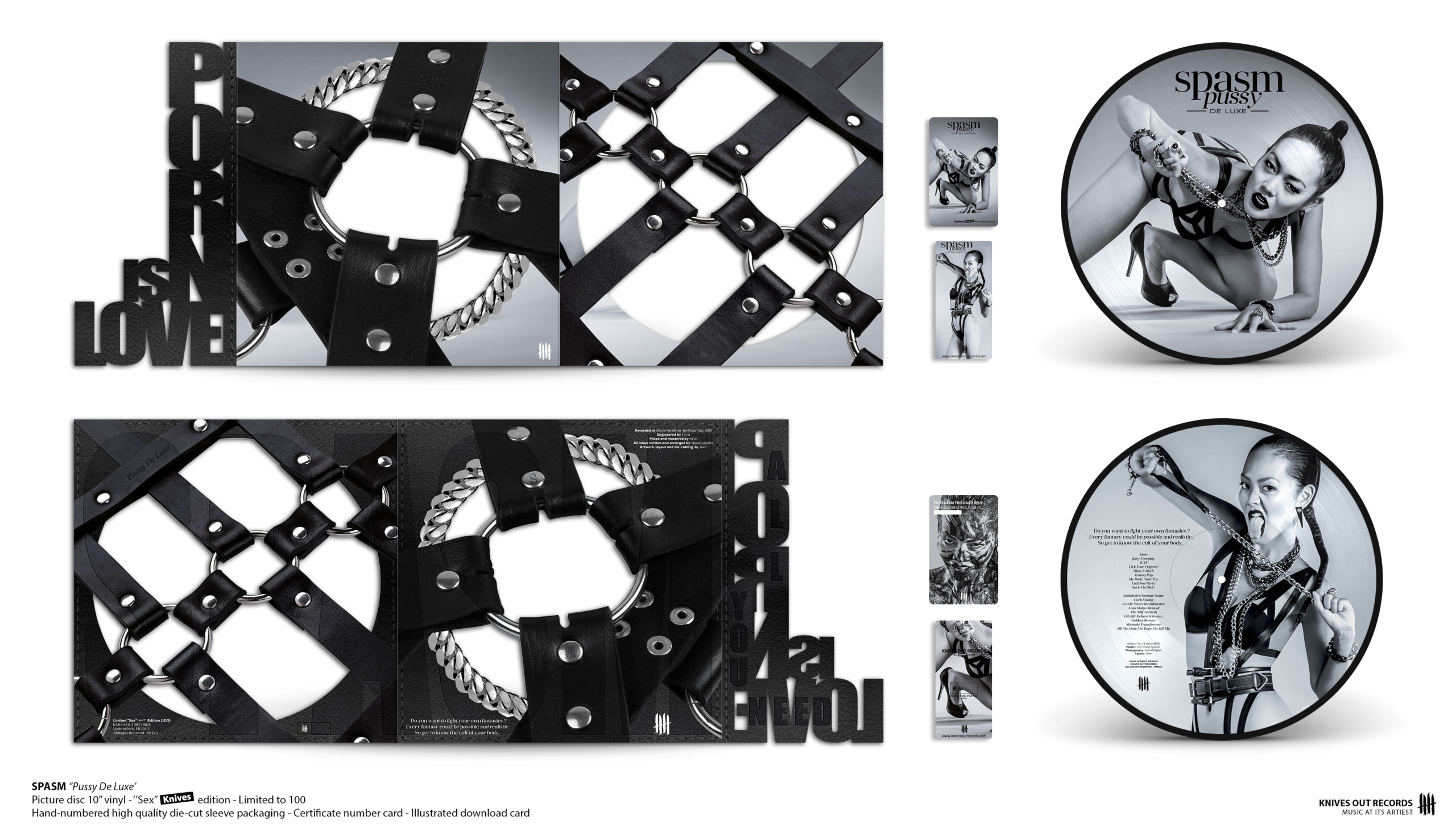 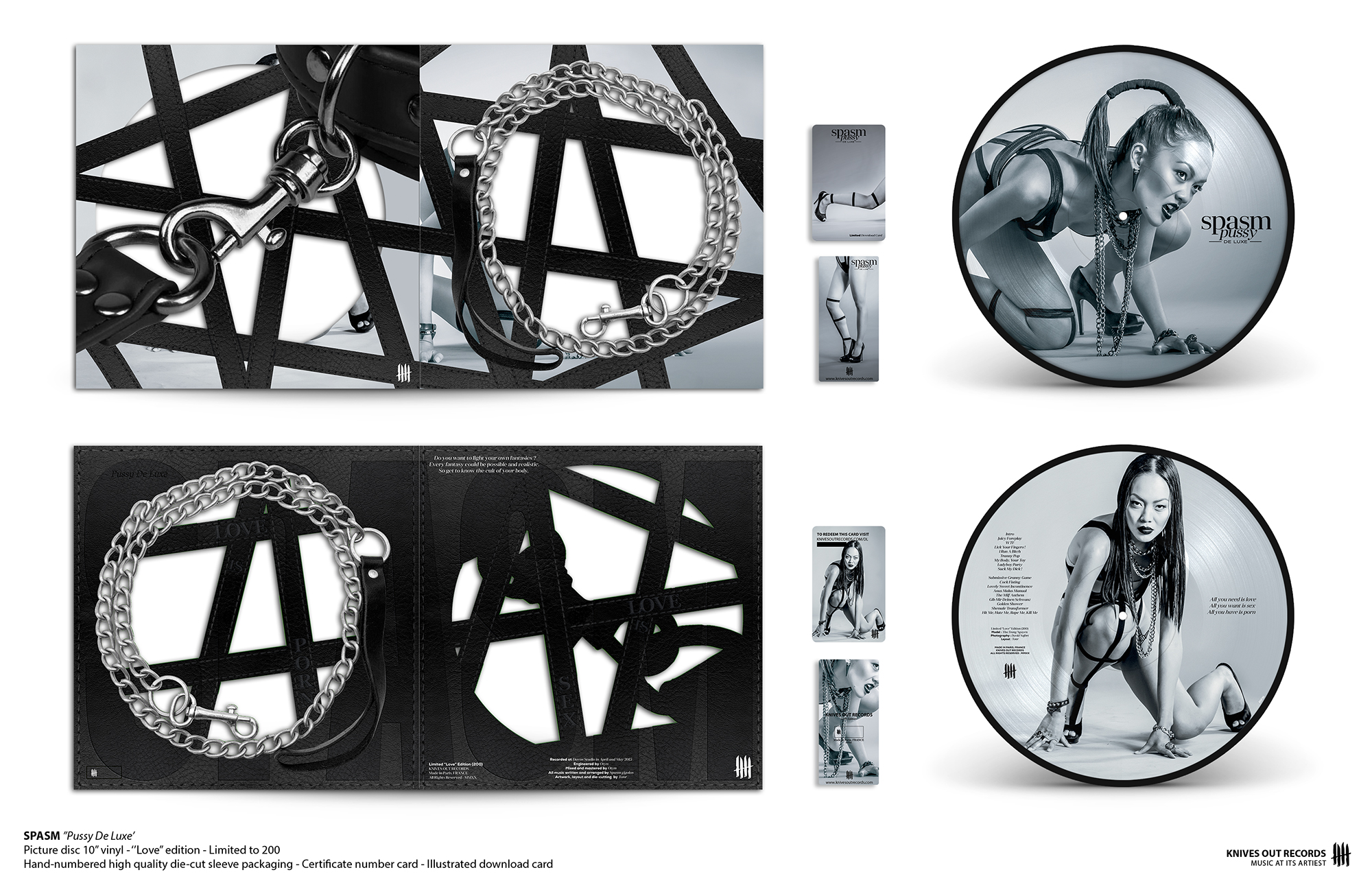 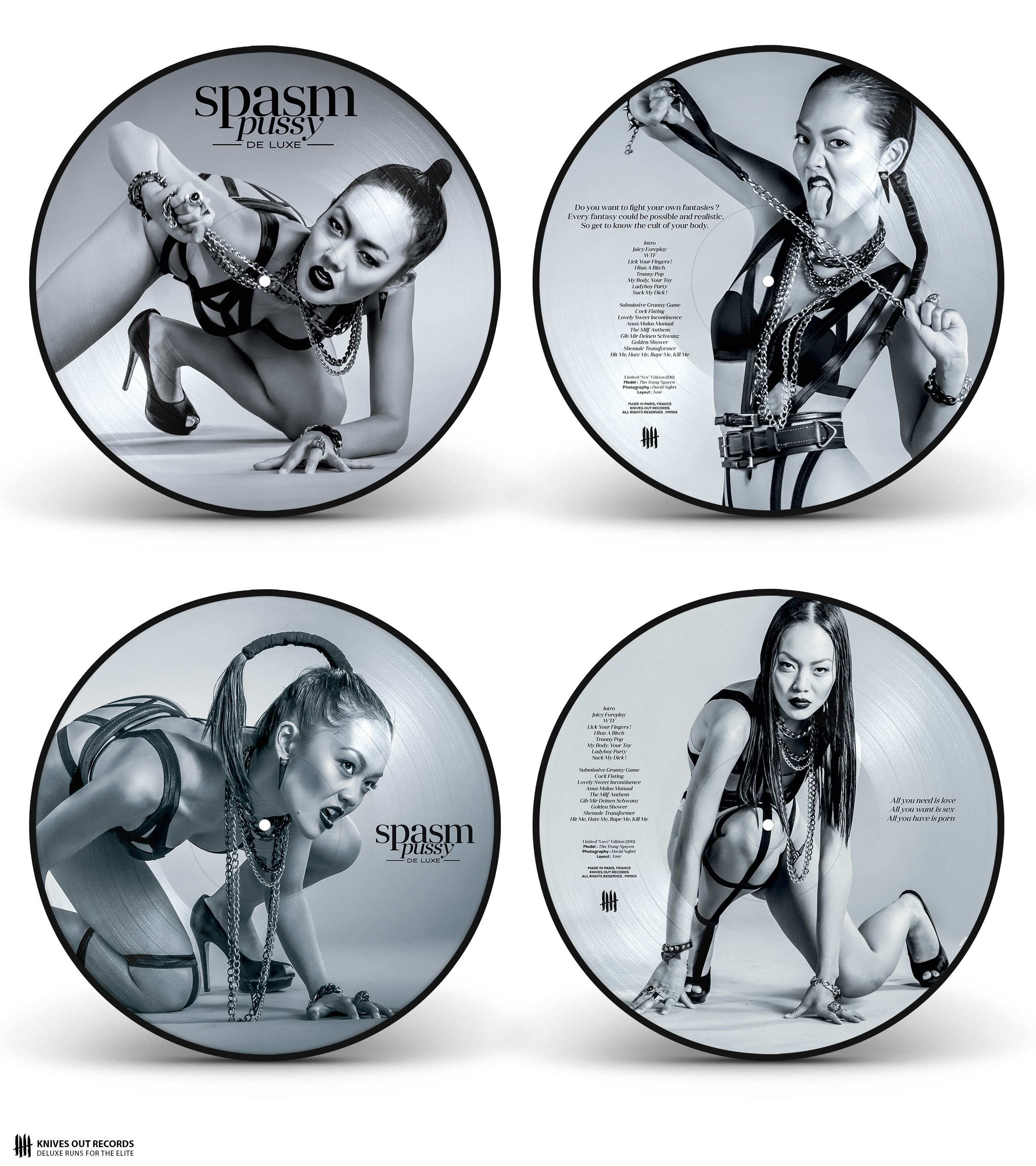 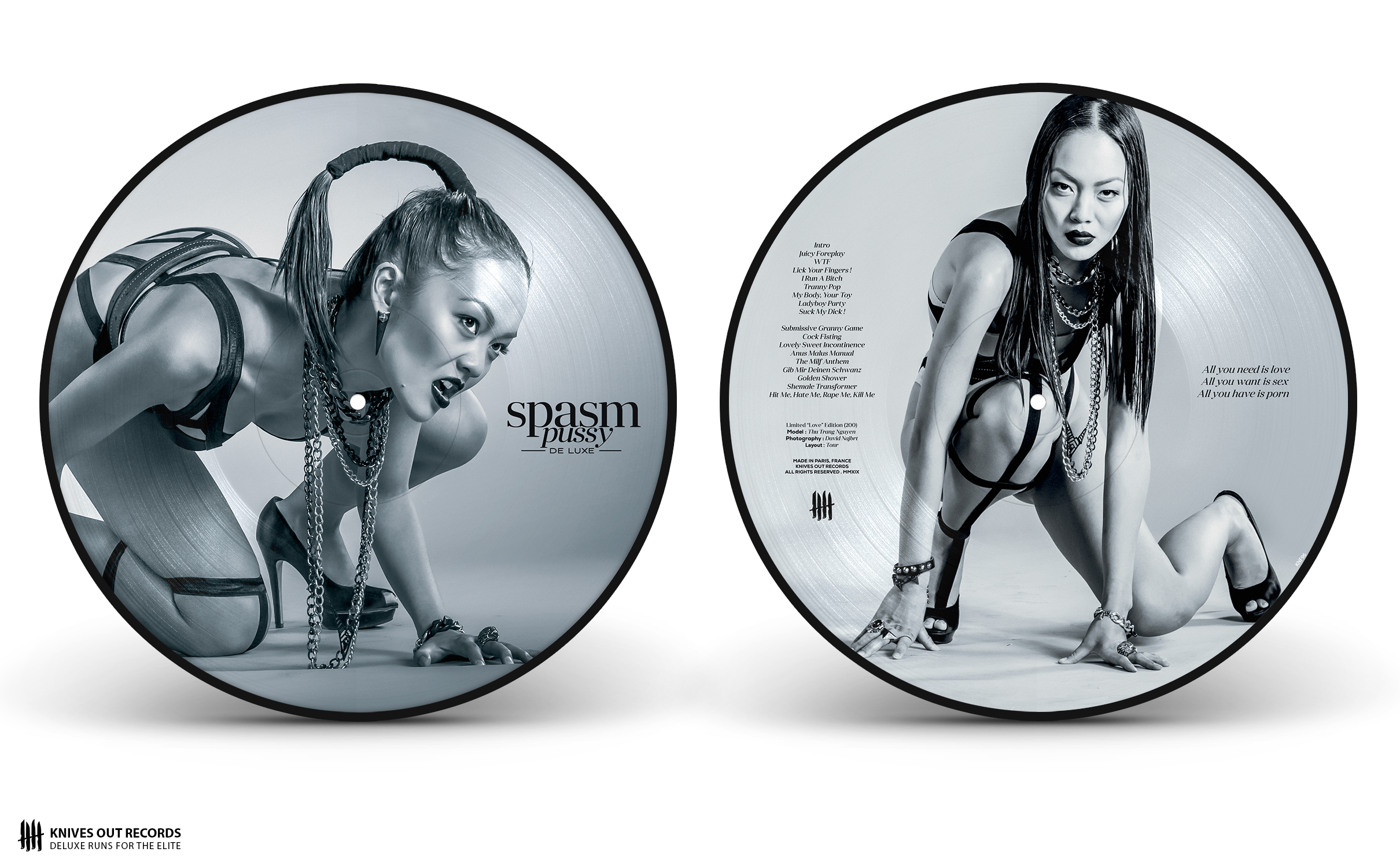