FROM THE DYING SKY formed in late 1999, playing a mix of hardcore and metal with a straight edge/vegan message, also know as Egdemetal. FROM THE DYING SKY is formed with Daniele & Mike playing guitars, Chris playing drums, Rosso on the mic and Michele playing bass.
From day one the band spreads a strong message of Earth and Animal Liberation, playing an aggressive, dark and violent metal-influenced hardcore. FROM THE DYING SKY played its 1st show at the beginning of this year with an awesome crowd response; few days after the show, Michele was replaced by Daniele (ex To Die For member) because of attitudinal problems. With this line up, FROM THE DYING SKY played several shows and during the summer 2000 they recordered the 5 songs “Truth’s Last Horizon” mcd (out on Dark Sun Records).
After the recording sessions, Daniele left the band and Freddy replaced him, playing his first show with the band at the 2 days hc fest in Terni. With this line up, FROM THE DYING SKY toured Europe with Sentence in 2000, and playied several shows with acts such as Caliban, Heaven Shall Burn, Reprisal, Embrace Today, Good Clean Fun, Point of No Return, Redemption.
A couple of months later Chris left the band and he was replaced by Matteo. With the new lineup they recorded the song “To Allow The Sun To Shine” for an Animal Defence League benefit compilation called “The Path Of Compassion” (2001) out on Catalyst records (Culture, Extinction, Birthright, Abnegation, Day of Suffering, Point Of No Return, Maroon,..).
During 2002 the band went through lineup changes again, Rosso and Freddy left being replaced by Pallido and Seba.
FROM THE DYING SKY called its quit in 2002. 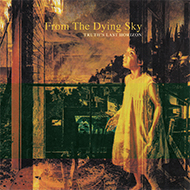 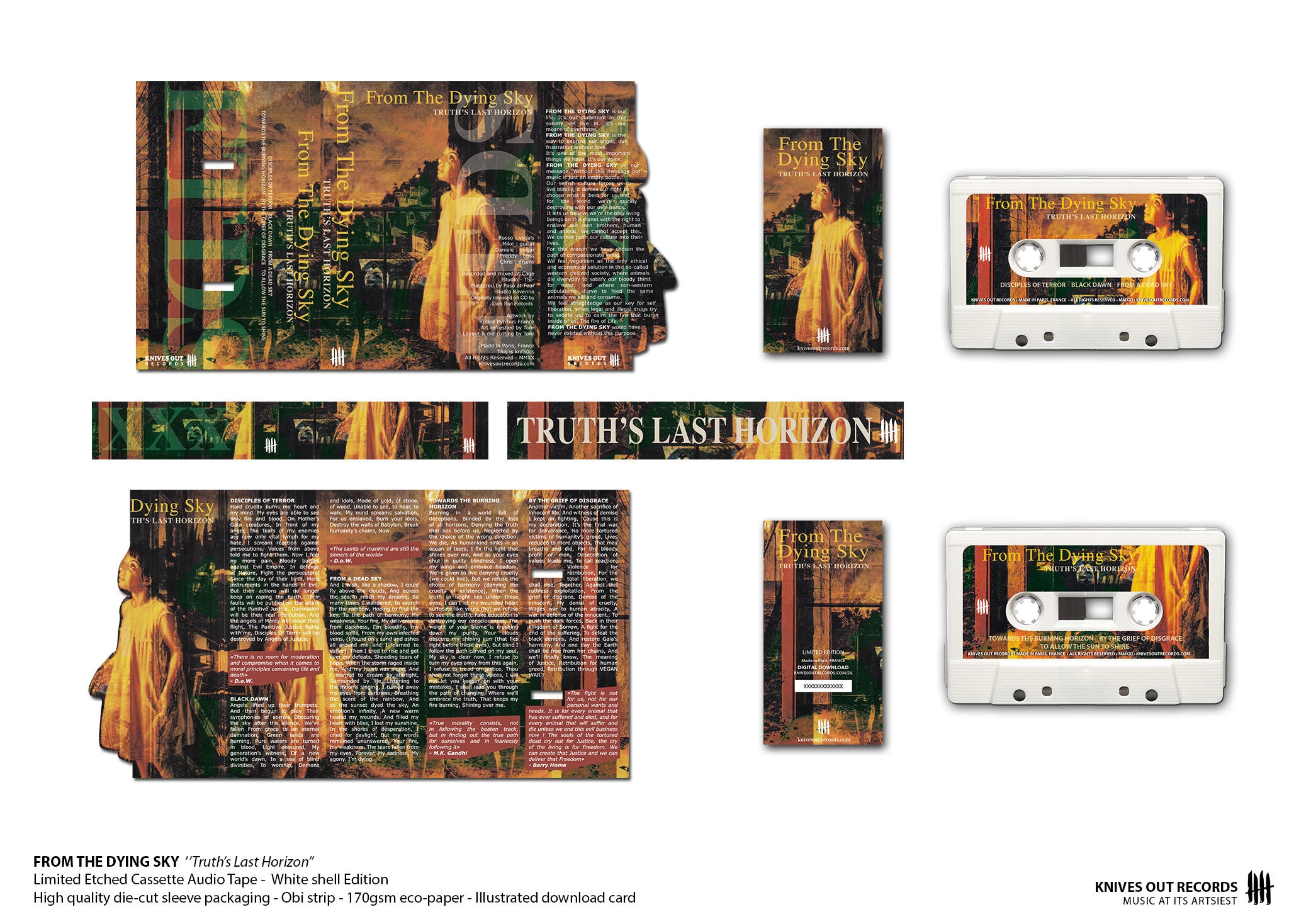 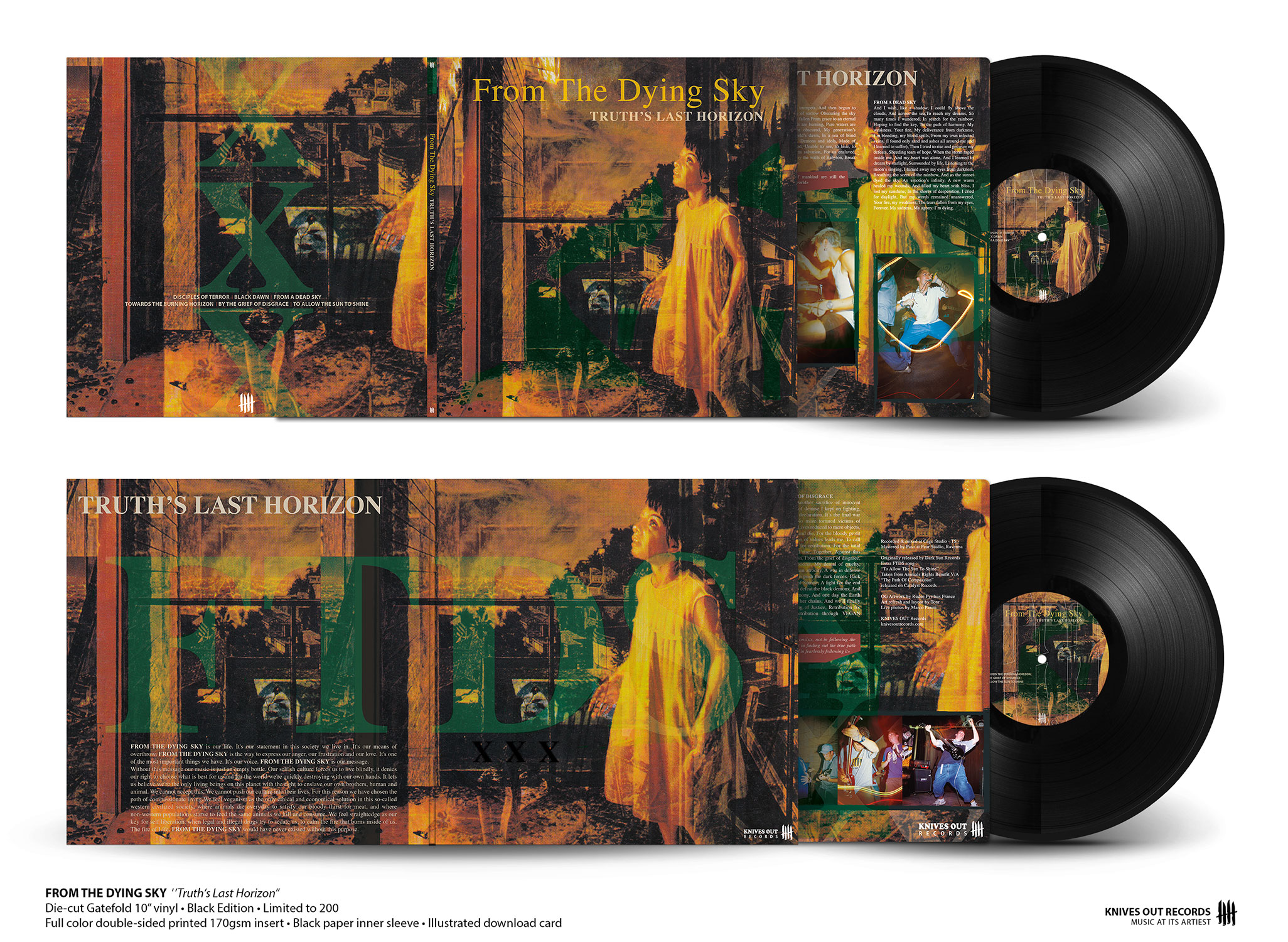 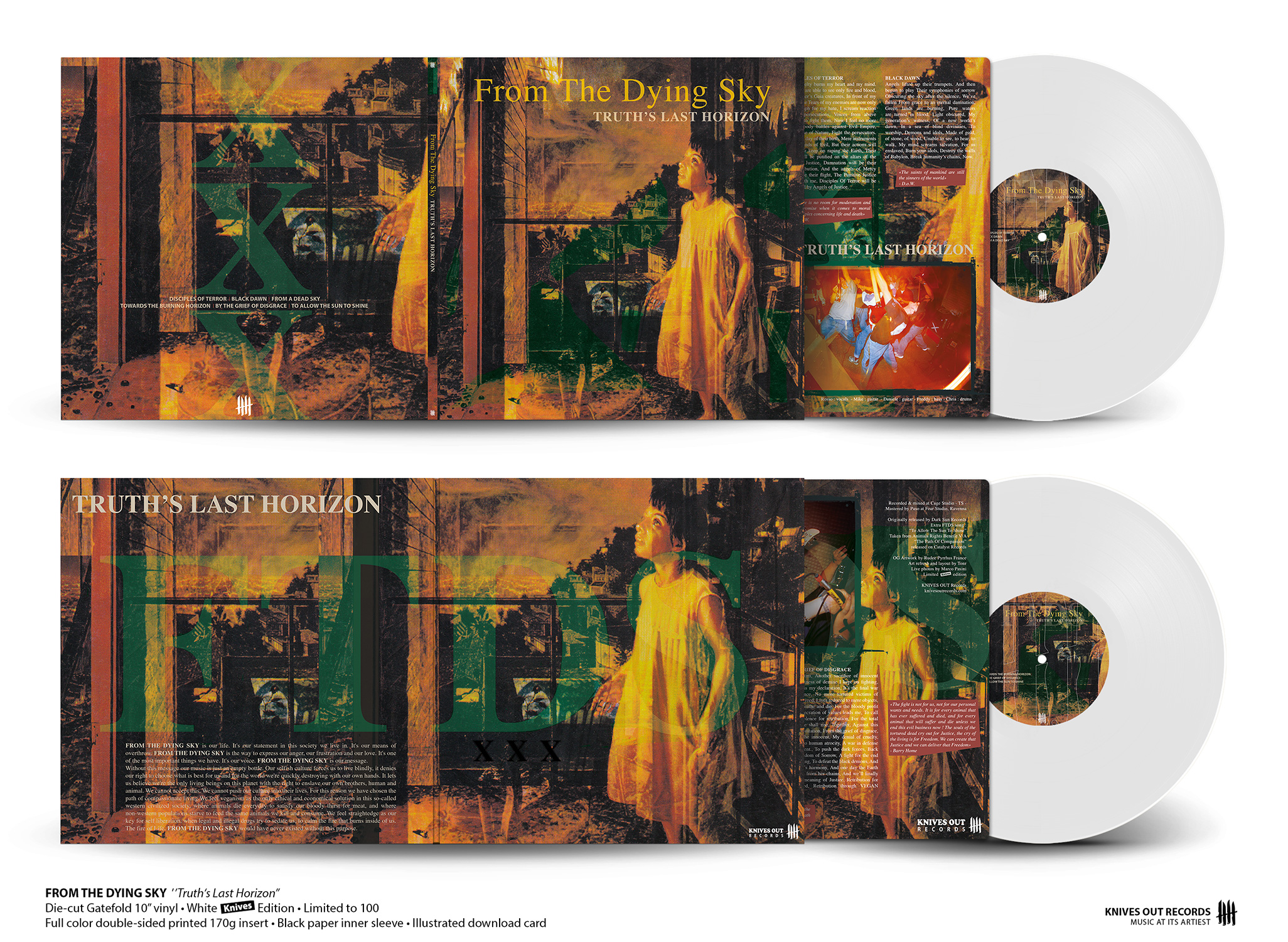 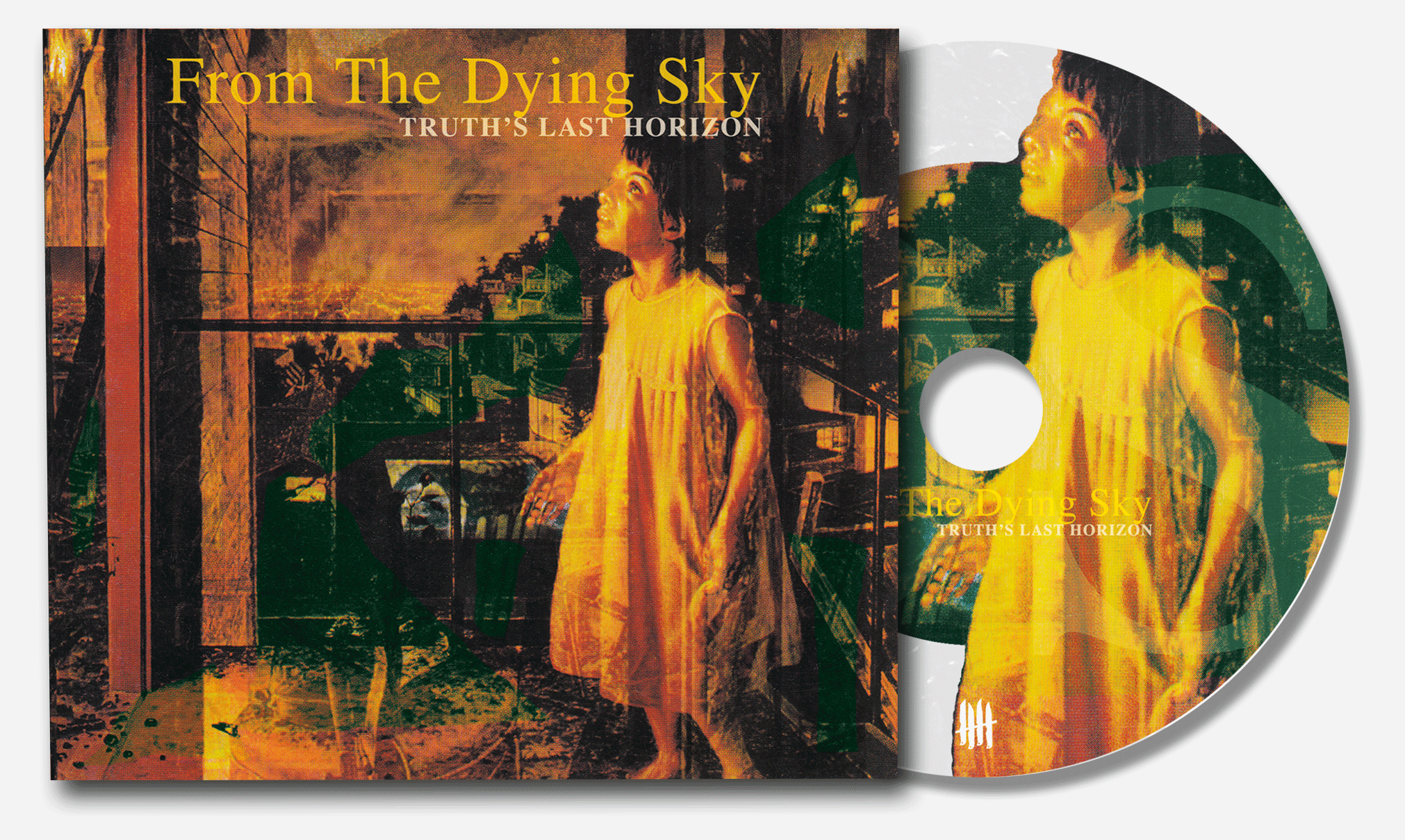 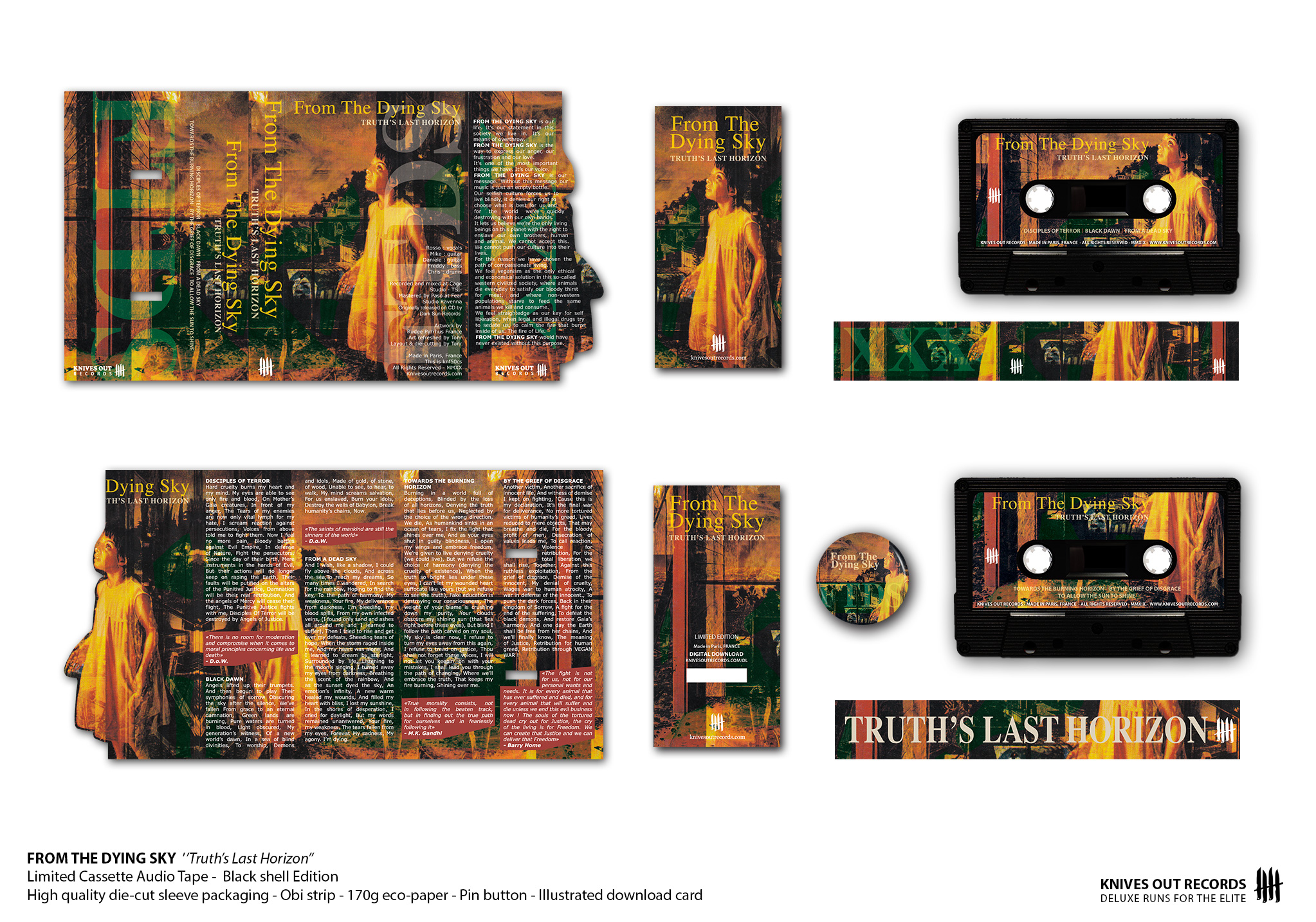 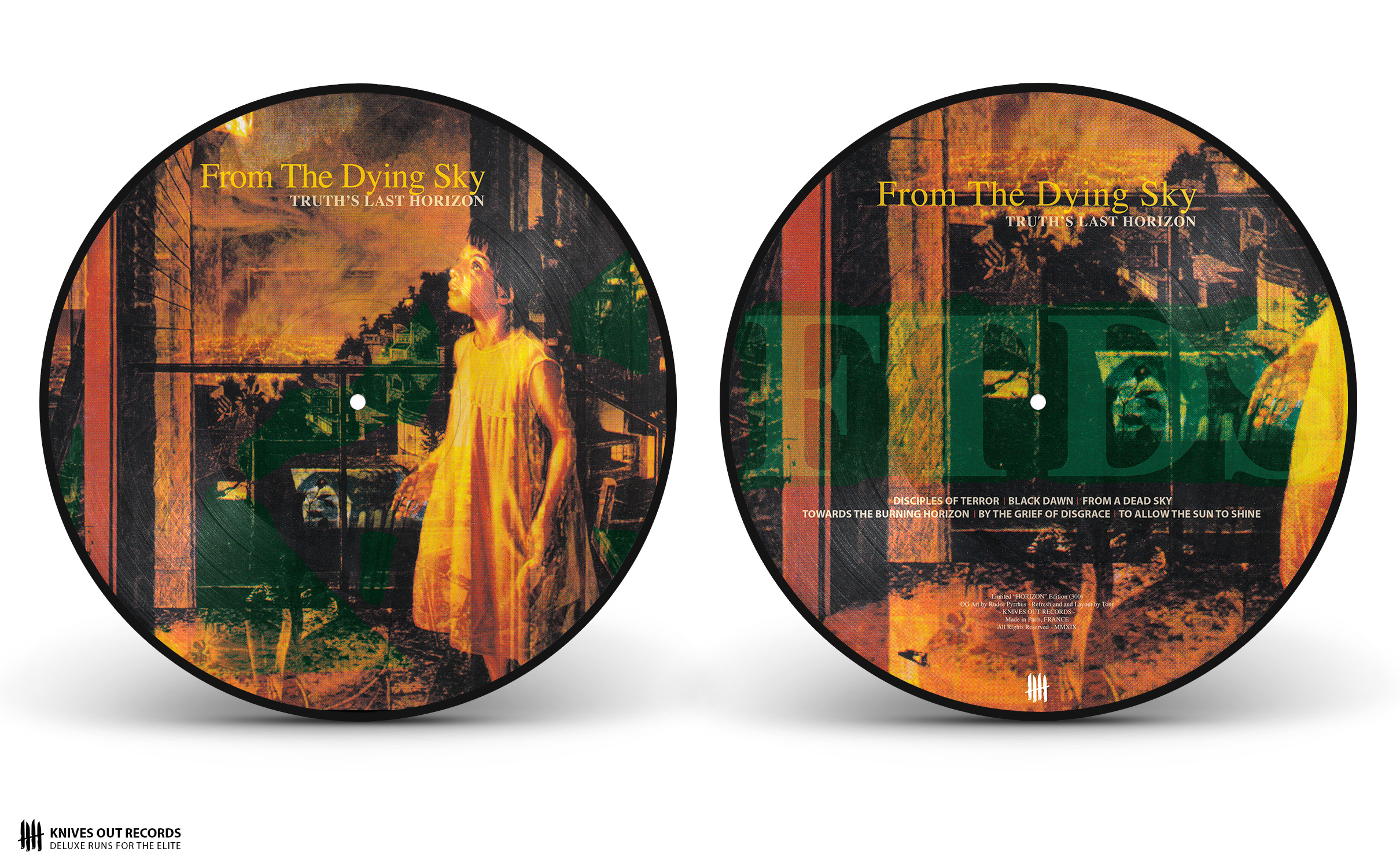