SUICIDE KINGS was spawned from the love of hip hop and hardcore music pure and simple. MC and Detroit Native Joey Knuckles was a driving force in the underground Detroit hardcore scene. From the mid 1990’s till the later part of 2007 Joey fronted metalcore group HYDE (Tribunal Records 1999-2003) and later went on the bring some of Detroit hardest hitters together to form the Hardcore powerhouse THE ALLIANCE (Grapes of Wrath/Vendetta Records) which featured members of Cold as Life, Dogz of War, Earthmover and Tank.

While in Detroit at a Terror show (circa summer 2010) Joey was outside legendary Detroit venue “The Magic Stick” when by complete accident he ran into Cole Young “DJ King Cole” Cole was on tour with Victory Records recording artist GRAVEMAKER and the lead guitar player for the group, Gravemaker was supporting act for Terror’s whole U.S. tour. After a short conversation where Joey mentioned “moving back to Calgary, AB Cole’s interest was sparked him being a Calgary native. Joey explained how he grew up in Detroit but lived in Calgary for the past 2 years and was moving back. They quickly exchanged numbers Joey being a MC and Cole a producer. After Cole was home from Gravemaker/ Terror tour he quickly linked up w Joey and demo’s started to fly immediately, soon after came the name SUICIDE KINGS Hip Hop.

Since then SK has taken their love for HC and hip hop along with their workhorse mentality from touring in struggling hardcore bands to work. SUICIDE KINGS immediately put together a collection of raw, uncut tracks for what became known as SK’s first independent release “Reign Supreme” The release of the records was followed by opening spots around western Canada for such acts as Mobb Deep, Vinnie Paz, Ill Bill, Inspecta Deck, M.O.P and many more.
In July of 2012 the KINGS were direct tour support for the Demigodz – Apathy and Celph Titled’s full Canadian tour. After the tour the KINGS got back to work playing locally and throughout western Canada. After compiling features from rap giants M.O.P, Saigon and The Demigodz the KINGS were ready to release the beat of their second album “Crown of Thorns” which since it’s release in August has gotten phenomenal reviews and has been featured on some top hip hop sits such as hiphopdx, 2dopeboyz.com, UGHH, dotgotit.com, hiphopcanada.com etc…..

This record is being followed up by a tour w Canadian hip hop heavyweight Snak the Ripper starting in October. We hope to expand our ever growing fan base with this record by expanding our touring schedule and creating more fans in the U.S and Europe. The KINGS believe with their background in established HC bands and their skills in the hip hop world they have a unique blend of hip hop that will appeal largely to both hardcore and hip hop fans. 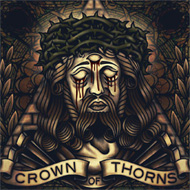