Coming from the most northeastern part of France and formed in fall 2011 by members of acts like SPITFIGHT, SOLSTIS, COLD STEEL or BATTLING SIKI, Strasbourg’s OVERREACT distills a furious metal-rooted hardcore transcended by personal influences. Crossing genders of both punk and metal, the five-pieces outfit draws inspiration from 90’s crossover bands such as CRO-MAGS, NEGLECT, CONFUSION or INTEGRITY.
In reaction of the grim assessment of a crumbling modern world in which terror and illusions reign, the band delivers a raging blend of cathartic rhythms, purgative melodies and intense breakdowns.

Aiming to demonstrate their abilities to provide the most sincere and meaningful music, OVERREACT is about to release its first EP on Paris based KNIVES OUT RECORDS. It will be out on a hand numbered limited black vinyl 7 inch edition containing a surge of powerful riffing and committed anger. 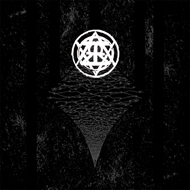