ELEPHANTS is an Hardcore band hailing from Rouen. This band was created in 2013 and the first album “Sickness Before Us” was released in 2015.

ELEPHANTS is playing a heavy groovy hardcore with influences like Suburban Scum, Expire and Reign Supreme. After more than 100 shows in France, Belgium and Switzerland a second album « Abuse/ Power/ Fame » will be out soon. Also an european tour with
Worst and a Canadian tour are already booked. sharing stages with such notable acts as Crowbar, Get The Shot, First Blood, xRepentancex, Take Offense, Providence, Foreseen and many other.
ELEPHANTS wants to defend this album with touring everywhere it’s possible.. 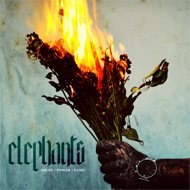